Have you ever been entrusted with the welfare of an aircraft that is worth hundreds of thousands of dollars? Cadets from the Anoka County Composite Squadron, based out of the Anoka-Blaine airport, have spent the past few months doing just that: learning new leadership and aerospace skills via training learning how to flight line marshal aircraft!

Flight Line Marshaling is a skill that is used to direct aircraft to the correct places after they have landed on the ground. The marshaler uses neon batons to inform the pilot when to turn, when to speed up or slow down, or when to park and shut down the engine. In addition to these duties, the marshaler ensures the safety of those who are attending the airshows by controlling crowds and communicating with other marshalers to avoid plane crashes and other major safety concerns.

All cadets at the Anoka Composite Squadron do introductory flight line marshaling training in short blocks throughout the summer at their regular airport meetings. This training is completed by pairing up advanced cadets with newer, less experienced cadets. After learning the basic movements of flight line marshaling, cadets practice using their batons and crowd control skills by marshaling cars driven by seniors and other cadets. This allows them to practice in a more controlled scenario so that they are calm and prepared when dealing with real aircraft.

At airshows, Civil Air Patrol cadets are entrusted with the enormous responsibility of marshaling a wide variety of aircraft, some of which are worth hundreds of thousands of dollars. Cadets are able to handle this responsibility with ease due to their training and previous leadership experience. During their breaks, cadets are able to explore the event. They can learn about planes from all branches of military service in addition to participating in other activities that the airshow may have to offer. Sometimes, recruiters from the military or from aerospace companies have booths set up. Other elements of airshows include fair-type food, games, and more! Overall, these airshows are a great way for cadets to have fun, learn more about aerospace, and gain new life and leadership experience that is wholly unique compared to the experience of his or her peers.

We invite all families with students aged 12-18, or anyone who has an interest in flight line marshaling, to Join CAP Night on September 10th at the Anoka-Blaine airport! Come to learn more about Civil Air Patrol and its many opportunities!

Civil Air Patrol (CAP) is a volunteer organization and the official auxiliary of the United States Air Force. There are three primary missions of CAP: aerospace education, emergency services, and cadet programs. Cadets can join at ages 12-18 and participate in a number of leadership and training activities throughout the state, region, and country. As a cadet, there are 16 achievements in the cadet program–each of which have unique leadership and aerospace training requirements. There are also opportunities to learn important life skills such as resume writing, public speaking, email communication, and working with diverse groups of people through serving each other as “squadron staff members.” Cadets may also participate in National Cadet Special Activities, allowing them to travel, meet new people, and learn more about different aspects of aerospace, emergency services, and/or leadership. There are also many opportunities for cadets to become qualified in unique skills, such as first aid, search and rescue, flight line marshaling, and communications training in order to aid in local and national emergency services missions. 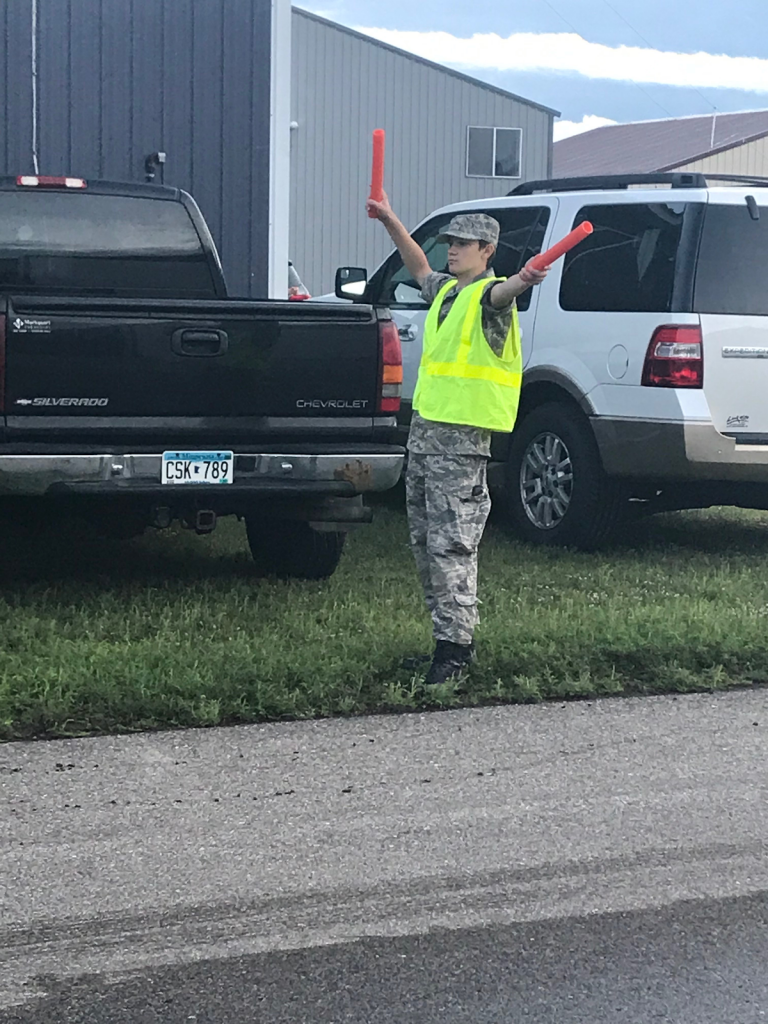 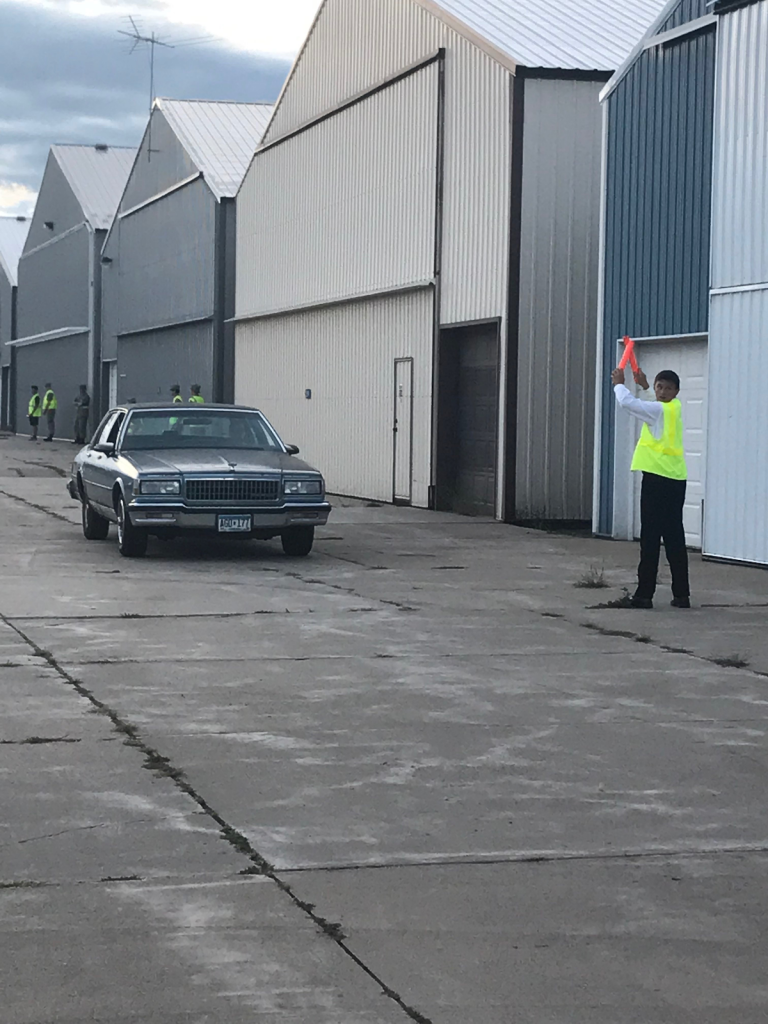 A brand new Cadet is shown stopping the vehicle (which are sometimes used in practice) and checks behind him for debris.