Have you ever wondered about the inner workings of the CIA or the Pentagon? Have you ever asked yourself what it would feel like to stand in front of the nation’s memorials and monuments? Cadets at the Civic Leadership Academy are getting to experience more than they would have ever dreamed of.

The Civic Leadership Academy (CLA) is a national activity occurring in Washington, D.C. that takes the top 24 applicants and brings them in contact with civil service, persuasive leadership, and American heritage. The week-long activity included tours of Arlington National Cemetery, the National Mall, the U.S. Capitol, the Pentagon, and the CIA, among many more. The goal of CLA is to foster a sense of civic involvement through a combination of classroom work and hands-on activities. As a recent CLA graduate, I can attest to CLA’s influence on my graduating class.

The application process alone for CLA was daunting. In order for our applications to be considered, we had to write an argumentative essay about a Supreme Court case, as well as submit our resumes and a letter of recommendation. From the pool of applicants, only 24 were selected to continue with the process.

So began the course. Leading up to CLA, the chosen applicants had to complete six weeks of rigorous academic coursework. The coursework included watching and completing notes from a lecture series and answering questions on the assigned readings. The coursework also included several interactives. As directed by the curriculum, I wrote a letter to my representative about an issue I felt was of high importance (I wrote asking Rep. Tom Emmer to support sustainable energy initiatives).

Yet, as I was sitting in the Supreme Court and listening to the justices deliberate over the prosecution’s oral argument, I knew the academic work was well worth the end result. At CLA, the cadets all jokingly called themselves “nerds.” This was fitting, however, as watching the justices go back and forth was our Superbowl.

The week was packed with unforgettable experiences. Discussing strategic leadership with the CAP National Commander, examining clandestine technologies in the CIA, making small talk with Sen. Klobuchar at breakfast, standing in the courtroom where judicial review was established, seeing the endless graves of men and women who made the ultimate sacrifice for their country at Arlington National Cemetery. As I watched the sky turn orange and the fog set in over the Korean War memorial, I began to feel a deep sense of awe and duty to serve my country and my community.

At CLA, I not only met amazingly powerful people through our tours in various places around D.C. and our guest speakers, but I made close friends with some of the most remarkable cadets I have ever met. One Florida cadet works for an international agency, one cadet is a literal Nigerian princess, one Texan had staffed nine encampments and had attended five national activities, and another cadet is spending two months this summer educating children in Ukraine. All were incredibly well-versed in American politics and world history. Civil discourse in today’s society can be difficult and even counter-productive, but even when we disagreed, it took very little effort to understand and respect my peers.

Attending CLA has been a life-altering experience for me. I learned so much that I’m taking back to my squadron and my wing. I’ve learned the value of education and mutual understanding. I know that all of the CLA graduates have amazing paths ahead of them. A few want to be lawyers, a few want to work in intelligence, some want to be president. I have no doubt that they are fully capable of achieving their wildest dreams. I am grateful beyond words to the CLA program for enabling me to find a way to improve my community and hopefully one day, the world. I can’t wait to see where our future takes us.

Civil Air Patrol, the longtime all-volunteer U.S. Air Force auxiliary, is the newest member of the Air Force’s Total Force. In this role, CAP operates a fleet of 560 aircraft, performs about 90 percent of continental U.S. inland search and rescue missions as tasked by the Air Force Rescue Coordination Center and is credited by the AFRCC with saving an average of 80 lives annually. CAP’s 57,000 members also perform homeland security, disaster relief and drug interdiction missions at the request of federal, state and local agencies. CAP also plays a leading role in aerospace/STEM education, and its members serve as mentors to 24,000 young people participating in CAP’s Cadet Programs. Visit www.GoCivilAirPatrol.com for more information 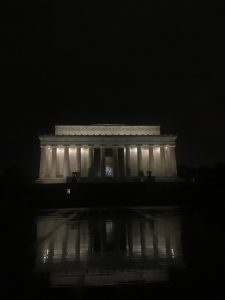 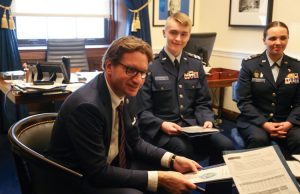